As patrons continue to need to supplement their physical library checkouts with e-offerings, OverDrive’s Always Available section has become an even more important destination to point out. This time, we’ll focus on e-book offerings. Always Available includes selections for a variety of audiences, from children to adults. This is a great way to introduce patrons to OverDrive—after all, they can really walk away with some titles checked out, not just on hold!

I wanted to highlight a fiction, nonfiction, and a graphic work selection for each age group.

Germs are Not for Sharing by Elizabeth Verdick; illustrations by Marieka Heinlen

Obviously, this book is pretty topical at the moment. This has been a go-to for parents for a while now and any extra exposure it gets right now is appropriate.

This is the perfect picture book for little artists or any child that has a big imagination.

Bob Books are a great way to begin the process of learning to read and this set is always available—kids may want to keep checking it out over and over!

Everyone is crafting more now and this is a great title with lots of ideas. Most of the materials needed may already be in your home!

This is the first book in a new graphic novel series from Jeffrey Brown, creator of the popular Jedi Academy series.

Lalani of the Distant Sea by Erin Entrada Kelly

This is the first fantasy novel by Newberry Award Winner Erin Entrada Kelly (Hello, Universe). Inspired by Filipino folklore, this is sure to become a classic for both reluctant and voracious readers.

Yang has already released a number of popular graphic novels for teens (American Born Chinese) as well as his continuations of the Avatar: The Last Airbender universe. His latest is Dragon Hoops, an autobiographical look at power of sports—even for those that are completely skeptical of them.

Say Her Name by Zetta Elliott; illustrations by Loveis Wise

This is a powerful poetry collection inspired by the #SayHerName campaign that pays tribute to victims of police brutality.

This is a coming-of-age story that really marks the arrival of two fresh, talented voices to the YA scene. Main character Alaine Beauparlant is discovering her heritage as she learns about the beauty and significance of Haiti.

Children of the Land: A Memoir by Marcelo Hernandez Castillo

A newly released memoir that truly distills are current moment. Castillo uses his background as a poet to write a lyrical and disarming work about the trauma of displacement and provides real, breathing examples affected by our immigration policies.

The World Doesn’t Require You: Stories by Rion Amilcar Scott

They may not be as popular as their novel counterparts, but short story collections are often the most bracing and rewarding reading experiences I have. The World Doesn’t Require You is certainly one of those collections. These stories share the setting of Cross River, a town established by the leaders of the only successful slave revolt in the mid-nineteenth century. Scott bends genre and expectation, telling stories of violence, religion, and love. Scott will be an author with much to say in the future.

After last year’s blockbuster film Joker, the character has never been more popular. Murphy’s very popular addition to the Batman canon follows a Joker that has been cured of his insanity as he attempts to make amends—first with Harley Quinn, then Batman himself. This is one of the more important releases in the world of Batman of the last 5 years.

Just for some fun, why not celebrate the halfway mark to Christmas with a little romance? I can’t remember a year, after all, where I’ve more looked forward to the holiday season than this one!

Tutor.com Is Here to Help

Instantly access these great resources with a card … stop in or pre-register online. 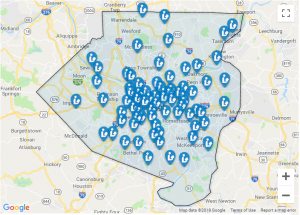 Check with your local library to see if they offer additional resources, as some libraries purchase subscriptions locally.